NGames has announced today that they’ve officially released a new expansion to their game that includes seven major updates.  Pockie Pirates is a fully licensed One Piece MMO that recreates the One Piece anime series.  Players will take on the role of a sea-faring captain sailing the famous Grand Line trail with their friends, seeking […] 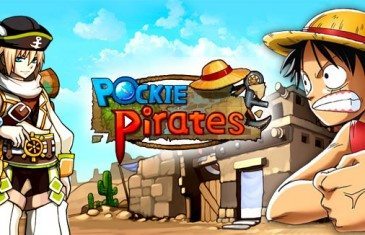 Pockie Pirates Review Pockie Pirates is a 2D browser-based game with anime styled graphics and a side-scrolling combat system. Players will take on the task of being a young pirate just starting out their career on the Grand Line. You’ll be able to build your own crew, customize your own war ships and even join […]