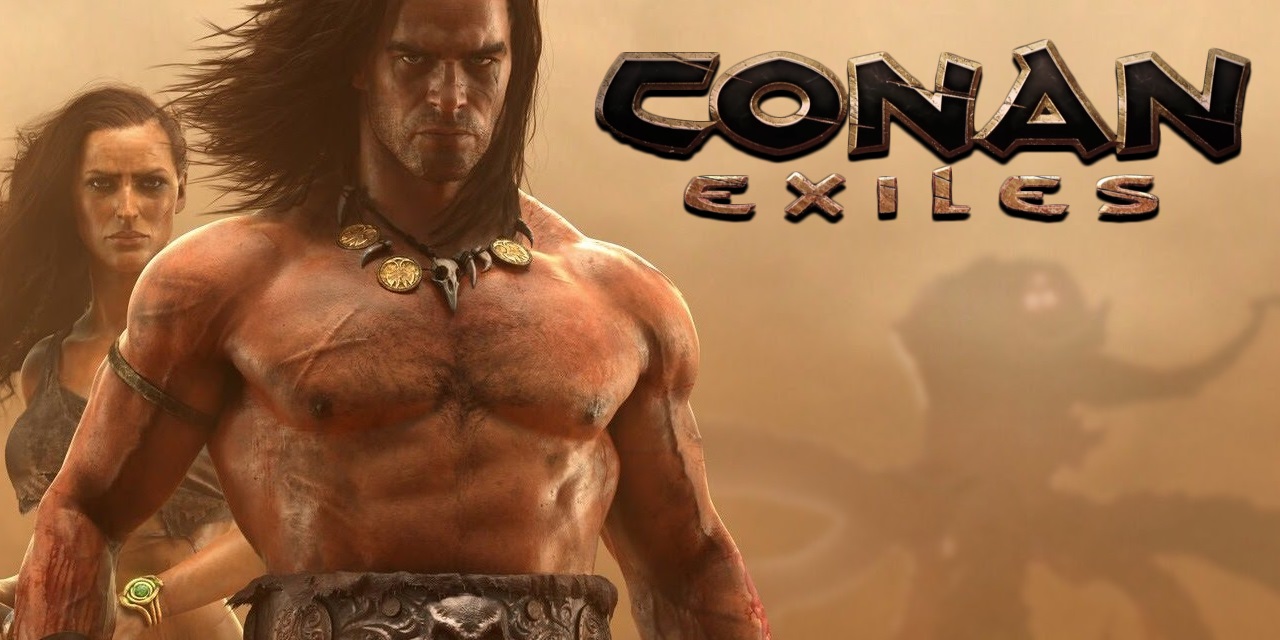 A new release for 2017 and already looking to be a popular one in the Survival Styled Massively Multiplayer Online Genre is Conan Exiles, released on January 30th and already sporting an impressive player base of nearly 350 Thousand in the brief 2 weeks since then the game looks to be having a promising future at least for right now.  Developed and Published by Funcom, a Norwegian developer previously responsible for the Games ‘Anarchy Online’ and  ‘The Secret World’, this title is a step away from the RPG shooter variety of their earlier work, although not entirely new ground for them by any stretch.  Funcom previously released ‘Age of Conan: Unchained’ (Formerly known as ‘Age of Conan: Hyborian adventures’ before its republication on steam in 2013) another more traditional MMO, set in the same fictional universe of Conan the Barbarian with more common staples of the genre such as a class system, factions, and dungeons. The relation to this previous title seems minimal at best though beyond that of the same shared universe for setting, as Conan Exiles sports new Mechanics, Graphics, And Maps to suit its new place in the survival Genre.

What to expect from Conan Exiles

You are stepping into the world of Hyboria as an Exile from your land, be it as a criminal, an outcast, or of your own Volition as whatever vague background you choose suits your avatar in the game world you are here to explore. Having been compared to the likes of Rust and Ark this game will test your ability to survive not just your enemies but the environment as well, having mechanics in place to track how well you are keeping yourself fed and thirst in check, as well as build yourself a base to protect you from the threats the world will eagerly provide you with. The Technology of the aforementioned games isn’t going to aid you in this one though, the world of Conan is one built on Swords and Sorcery, so expect to Carve yourself out a place to call your own with your own weapon in real time combat with a large melee focus, and use the experience earned from that combat to better train your avatar to suit your play style. You aren’t alone in this endeavour though, even if you aren’t playing with other players there is a unique mechanic in the game where you can capture Human NPCs and… Coerce them to your service as Blacksmiths, Soldiers or simply your own entertainment.

– Experience and Levels to level attributes and learn crafting recipe

– Unique NPC interaction, capturing and training other Exiles to become Thralls in your service

While not the first game to let you interact to some degree with the NPC denizens of its world, Ark’s Dinosaur taming coming to mind or the companions from Dragon’s Dogma, Conan has brought something all its own to present. Scattered throughout the map are Human NPCs with various titles such as Dancers, Archers, Blacksmiths along with others, that instead of simply killing them can be captured and via means such as a structure in game known as ‘The Wheel of Pain’ brought into your service in whatever duty they perform. You can continue to exploit their services and grow your own small tribe of perhaps just you or a few friends to include their numbers, and place them as guards while you go on your own adventures, have them come along and fight for you while you are out and about, or even sacrifice them to summon Avatars of your god and Wreak havoc on your enemies!

So why Conan Exiles?

While being set in the universe of Conan the barbarian may be enough of a draw for a few people the game itself does present a few unique things its own that may interest you in giving it a look. So far the game has boasted a bit cleaner of a combat experience compared to some of its competitors, with combat feeling suitably responsive and brutal for what goes behind it, though not without a bit of lag and stuttering to be expected from an Early Access Title. It also seems like their own popularity has gotten the best of them as the official servers for the game have not been able to keep up with demand and haven’t been ramped up to meet it as of writing, with most player experiences being through privately run servers or single player games. The game is still in development though and the creators have been listening to feedback and communicating as they are moving forward so far so it looks like if this is the kind of game you like and are willing to put the time in it won’t be soon to disappoint.