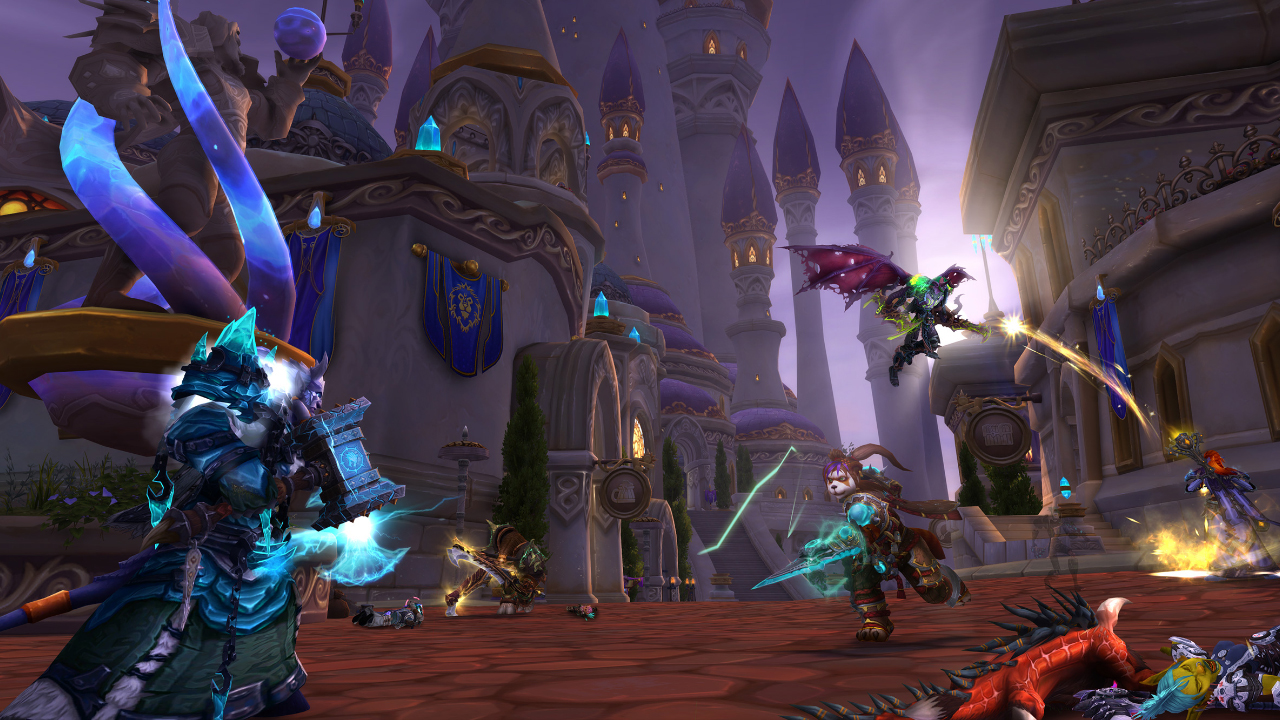 Forcing World of Warcraft’s servers to crash by stuffing as many players as possible into one city and setting PVP to free-for-all? Awesome! This Friday Blizzard wants as many active players as are willing to participate to join them from 3-5 PST to try and test the limits of their new server infrastructure that has been developed for legion. So just like Dalarans Underbelly occasionally raises hell with all on all PvP for the chest in the sewers the upper city will be a hotbed for all the Combat and Murder you can handle, Players, NPCs, Critters… Everything!

So you want to Join in the fun, you have some time from now until then to download the Public Test Realm Client through the Battle.net app which may take a little while, so the sooner you start the better. From there select one of the PTR realms, and copy over one of your Level 110 characters from the live server(The Live versions wont be effected at all, so don’t worry about respe cing or Repairs once you are on the PTR). From there just travel to Dalaran and Wait for the even to start and contribute to the Mayhem! During the fight Blow everything you can to do as much damage as you can before your inevitable death. During the brawl there will be a lot of lag, a lot of FPS drop, and a lot of client crashes, that’s the point though, Blizzard is stress testing their servers. So if that does happen just keep logging back in and battering the servers same as you would one of those pesky alliance until Blizzard blows the Whistle. It should be a lot of fun, and a lot of good should come from it if Blizzard can get some major improvements and bug Fixes out of the way, so Join in if you have the Chance!