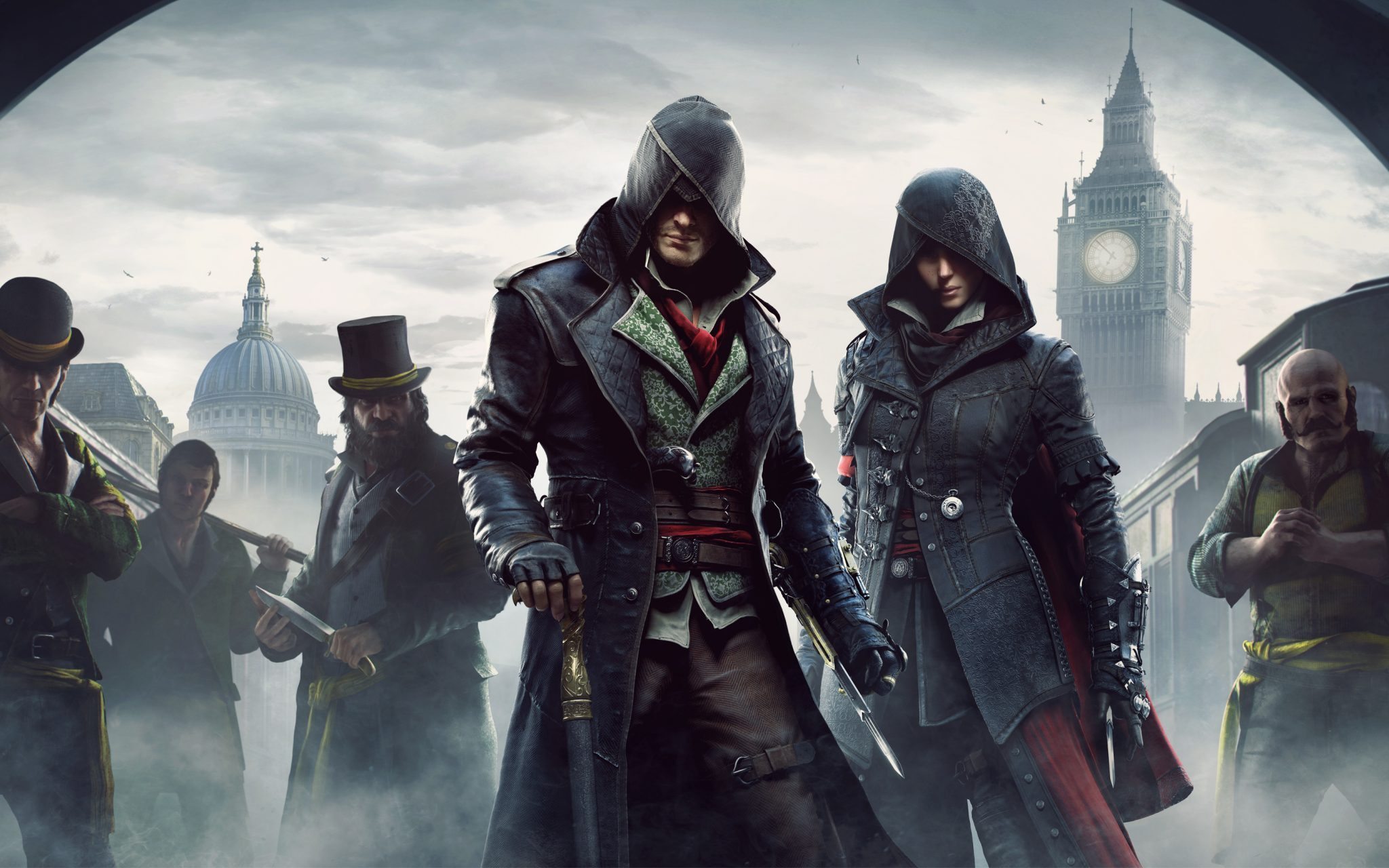 We’ve seen the Crusades, the Renaissance, the Revolutionary War, and even pirate ships. But now its time to strap on your wrist blades and take a plunge into the Industrial Revolution of London in the new Assassin’s Creed Syndicate! The latest trailer for the game introduces us to the Frye Twins, a dynamic brother and sister duo who are thicker than thieves and not to be trifled with. Jacob, the ambitious head of a London gang fits the bill for your stereotypical Ezio-esque character, a young man full of strife with a craving for ass-kicking  and his sister Evie our second protagonist, a more stealthier and calculated killer counterpart to her brother.

Ubisoft has made it very clear on their official page that each character will play slightly different than one another in Syndicate.

“Take over the London underworld with Jacob as the leader, gamers can establish Great Britain’s fiercest gang, the only force that can challenge the elite and defeat rival gangs to bring freedom to the oppressed masses. Enemy strongholds can be infiltrated by using an arsenal of weapons to dominate London’s underworld. From robbing trains to rescuing child laborers, players will stop at nothing to bring justice to London’s lawless streets.”

“Master the art of stealth as Evie Frye. Play as Jacob’s twin sister Evie, a relentless Assassin who has perfected the silent, swift, invisible strike. Parkour across London’s immense open world using your status in London’s leading crime syndicate to change the city for the better.”

Check out the new trailer for yourself and let us know what you think!