[video] A First Look at Mafia 3 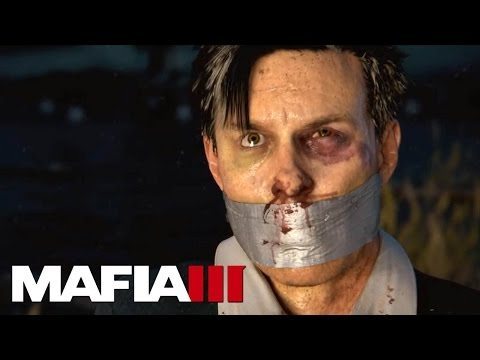 2K Games introduced their announcement trailer for Mafia III today, the next chapter in the bloody organized crime series which will be coming to Xbox One, PlayStation, and PC during 2016. The setting takes place during 1968 in New Orleans, Louisiana and will star Lincoln Clay as the main Protagonist, a half-black half-white Vietnam veteran returned home to start a new life and an empire of organized crime.

“Orphaned as a child, Lincoln at last achieves a semblance of family with the city’s black mob, finding the surrogate father and brother he has longed for. But when Lincoln’s new family is betrayed and slaughtered by the Italian mob, he becomes fixated on revenge and wages a brutal war against the Italians, disrupting the balance of power in the seedy underworld of New Orleans. As the story progresses, Lincoln allies himself with other criminals and builds an empire and a new family of his own that transforms the city.”

As Clay, players will have the option to recruit other fellow gang heads into their ranks who will then serve as the lieutenants of your blossoming crime syndicate. Each Lieutenant that you recruit can grant you special abilities and other perks as long as you treat them fairly. However, if you don’t, they are guaranteed to back-stab you without thinking twice. Below is a list of the three Lieutenants and their factions respectively:

Check out the new trailer for yourself posted below and let us know what you think!

[video] A First Look at Mafia 3