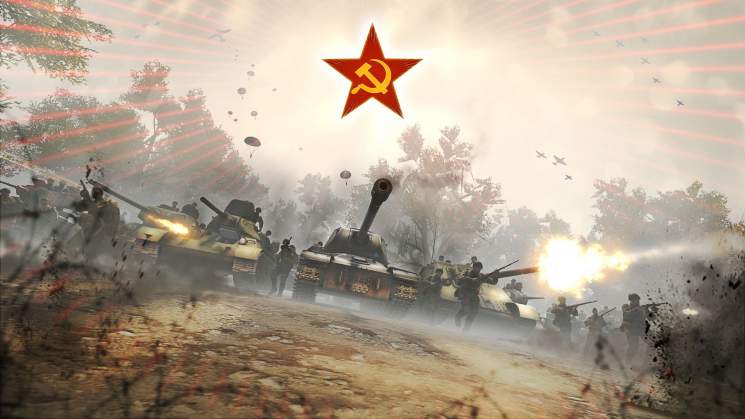 Heroes and Generals, the Free to Play, World War II themed MMOFPS, has just launched its biggest update yet. Code named “Timoshenko” (after legendary Soviet hero Semyon Timoshenko), the update brings the Soviet Red Army to the battlefield. Previously the game was a war waged between the Allies and Germany, but with the Soviets entering the playing field, Heroes and Generals is now the premiere World War II MMOFPS game.

The update is massive, bringing in over 1000 new European battlefields, 14 new vehicles and planes, and over a dozen new weapons. The update fully immerses players into the Red Army, utilizing realistic vehicle designs and formidable game physics to allow gamers the opportunity to defeat the Nazi Reich from the Eastern Front.

In addition to bringing the Soviets into the battle, the update brings changes to weapon upgrades for all factions, new uniforms and better strategy mechanics for Generals to create an even better combat experience.

Heroes and Generals is made by Reto-Moto Studios. To find out more about the update, visit http://forum.heroesandgenerals.com/viewtopic.php?f=63&t=31823