Socuwan : The Indie MMORPG Created by the Community 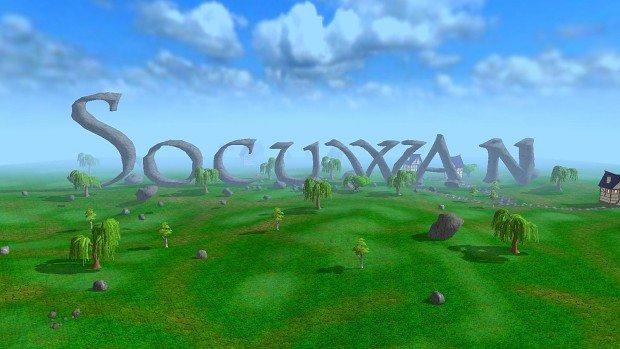 Socuwan is a new indie MMORPG which has been in development for over 3 years now. The game is extensively community driven, regarding both game play as well as development, with roughly 75% of the in-game content being made by the community itself.

There have been no public releases for Socuwan yet but if everything goes according to plan the first test servers are scheduled to go up early 2016. The Alpha version is set to release during the end of 2016 and the Beta version around September 2017. However, despite that the game is still in its early stages, Socuwan already has built up a strong and supportive community for itself. Thousands of devoted gamers have rallied behind the project on social media and several hundred have actually stepped in and become involved with the development of the game. The development process has been documented in over 100  youtube videos which allow for a constant source of feedback from viewers.

Combat and specifically PVP matches will play a large role in Socuwan. The combat system is very time and skills-based sensitive, which will require large amounts of strategic thinking to master. Attacks will charge using a unique system that will not involve any mana points or cool-down periods. If you are interested in learning more about the system check out the video posted below for a full breakdown:

The original creator of Socuwan is a 23 year old London native names Karl. Karl first came up wit the idea for the game over three years ago but knew little regarding how to create an MMO at his time. Sense that point, Karl has learned much and has made immense progress on the game but not without the help of the devoted community of Socuwan.

“While I have worked hard on the programming side of things, the community has done amazing work on the art side. Countless talented artists have provided hundreds of models, textures, animations, sound effects and music over the last couple of years, taking this project much further than I could have done on my own.”

A Kickstarter project to help fund Socuwan is currently live and running. The creators have stated that the bulk of these funds will be allocated into costs associated with development and initial server costs. We definitely look forward  to checking out the finished project!

Socuwan : The Indie MMORPG Created by the Community