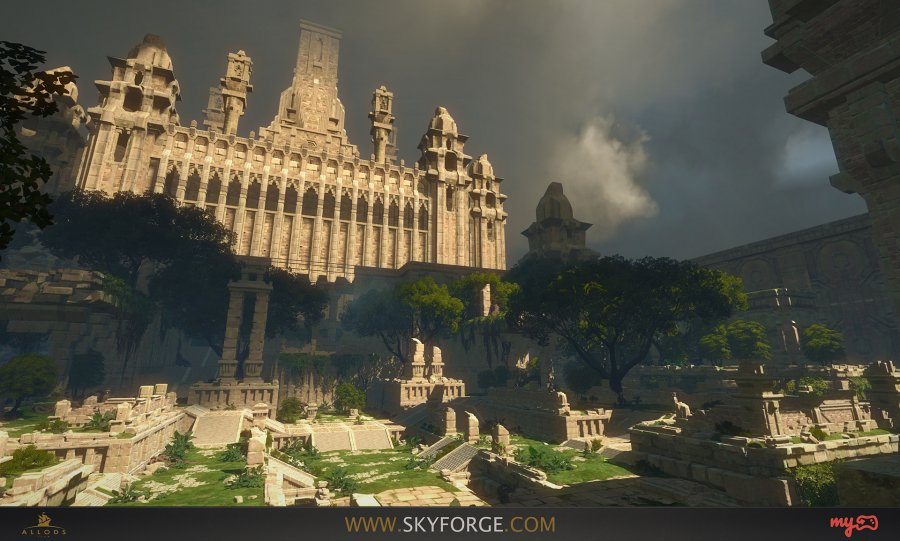 SkyForge, the MMO game where players train and compete as mythical gods and heroes, just released their latest feature, Pantheons (Guilds). Obisidan Games, SkyForge’s developer, is committed to creating a social, communal online gaming experience. In order to provide that, they have unveiled the new Guild features, which allows players to pool their skills and resources to gain more stats, abilities and rankings.

Any player can create a Pantheon in Skyforge, and recruit others to join. The Pantheon incorporates a hierarchy structure, and allow players to increase their stats and abilities. Founders of Pantheons can also develop their guilds to achieve certain goals, such as defeating and assimilating other guilds, defeating bosses, and increasing their overall game influence.

In addition to the communal aspect of the Pantheon, there is of course the action/fighting aspect, which is of course the most fun. Weekly battles, called Pantheon Wars, pit different guilds against each other for titles, bragging rights, and, of course, achievements so the players can increase their stats.

To find out more about this update, visit http://sf.my.com/us/news/announcements/welcome-pantheon