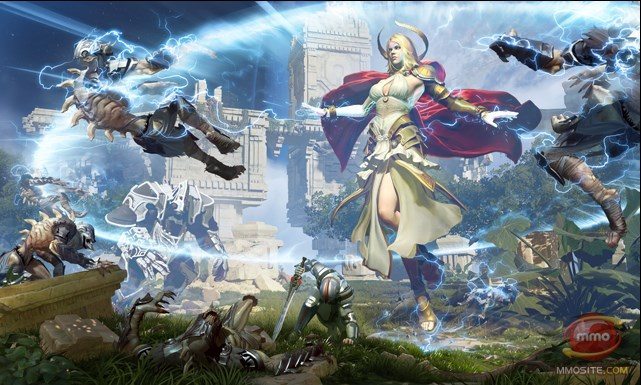 SkyForge, the MMORPG game that allows players to mold and shape immortal characters into Gods, just released an in depth article illustrating how players can better use the game mechanics and stats to their advantage. As with most RPGs, players spend a lot of time increasing their characters stats and abilities, but it can be a daunting task, especially for the uninitiated. Fortunately, Obsidian Games has released this handy guide to assist even the most hardcore gamers with the game mechanics for maximum optimization.

The guide is a basic overview of all the different ways to increases stats. Stats in SkyForge are broken down into categories, such as Might, Stamina and Health, and they can be developed in a variety of ways. Players can utilize game mechanics to perform certain actions that increase stat levels, they can get rings and equipment from adventures that can be upgraded and targeted for different categories, and they can build and maintain Temples and Monuments to increase their favor with adepts, thereby increasing abilities.

The article makes sure to cover all of the different aspects of the stats categories and shows players how they can customize their playing experience to get the most from their character, and the game overall.

To read the full article and get involved with SkyForge, go to