Skyforge: Crucible of the Gods is Now Live 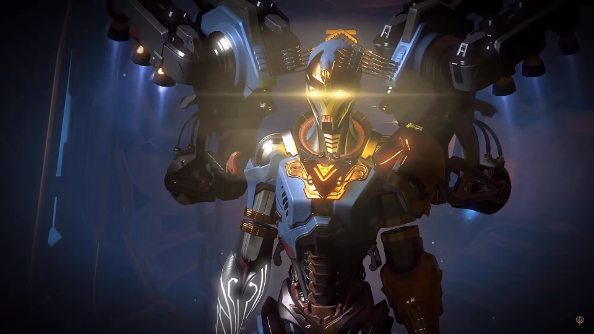 This past Tuesday, Crucible of the Gods, a new update for Skyforge, went live. The new Version will unlock the path for all immortals to begin their journey towards divinity, becoming a great defender of Aelion. Players will be met with hordes of deadly forces upon their rise to divinity and will be up to them to overcome these challenges to make their way to the top!

The arrival of Crucible of the Gods will bring with it a plethora of “challenging new content” including new Distortions, Raids, Anomalies, as well as Invasions. However, the majority of the new content will only become available to players after their character has achieved its “Divine Form” which can be earned by completing the “New God” storyline. In addition to new content, the update will also include important functionality changes aimed at improving the efficiency and operation of Skyforges Core features.

According to a statement on the the official page:

“ The entire Skyforge Team has been diligently building the Crucible of the Gods update to ensure the final patch includes many of the highly requested features players have been asking for since the start of Open Beta, while also addressing a huge number of bugs our dedicated players have reported. Going forward, Skyforge’s future updates will continue to address important issues and add even more exciting content for players to enjoy. Crucible of the Gods is a gigantic leap forward in Skyforge’s development and it’s been wonderful to see the community as excited for the update as we are!”
If you would like to check out the entire list of changes and other bug fixes that will be included in the Crucible of the Gods update for Skyforge you can click here.

Skyforge: Crucible of the Gods is Now Live