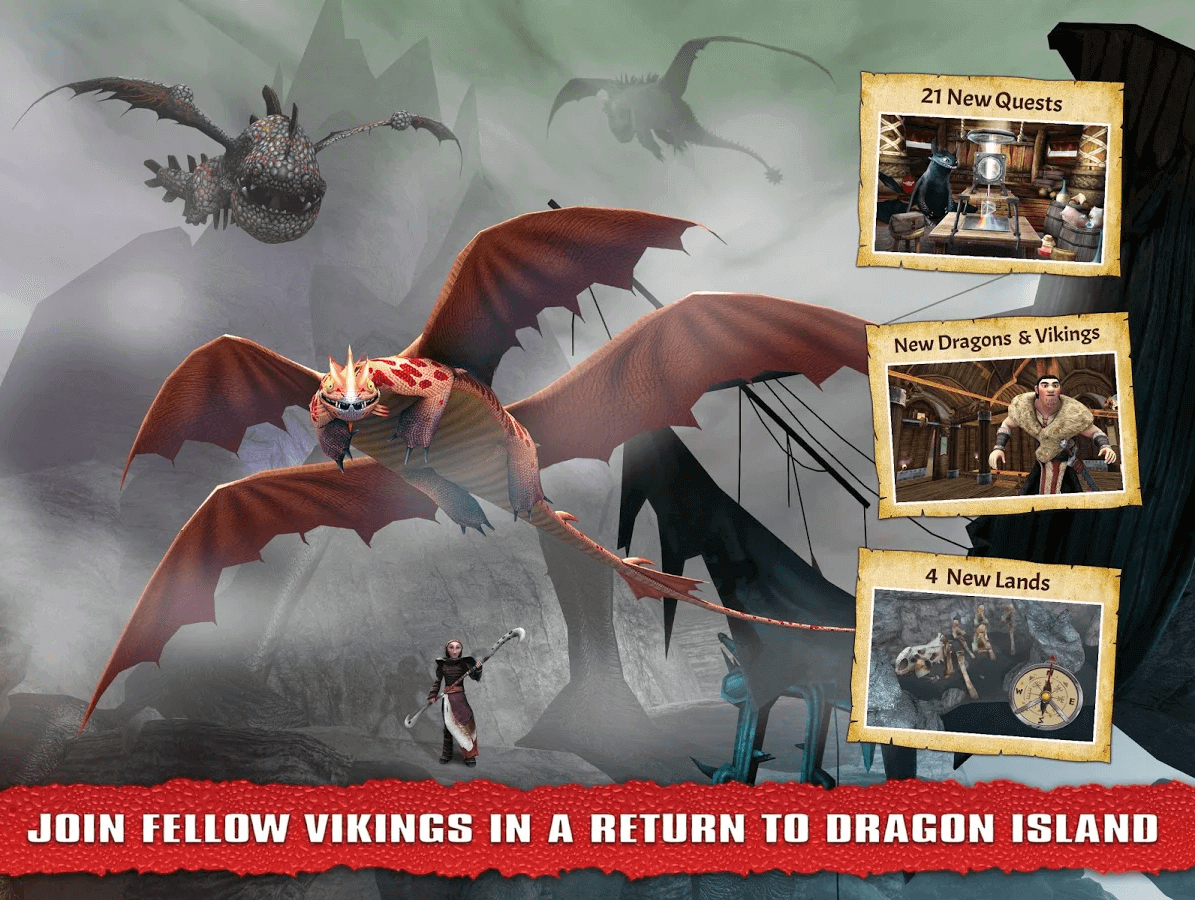 What Will You Find on Dragon Island?

The better question might be what won’t you find!? In Return to Dragon Island a mysterious dark thick fog has started expanding over the waters of the archipelago. This fog is sickening and stranding fellow Vikings! They are going to need your help to get back home! Players must first rescue these recently stranded Vikings and get them back home safely before setting out a journey to discover what the fog is and where it is coming from. As the players adventure out of Berk they’ll need to sharpen their minds as much as any sword. This will be done through new learning based quests. These new quests in Return to Dragon Island will serve as both a fun and exciting gameplay element, as well as teaching players core scientific concepts such as earth systems, physical sciences, and engineering technologies! The launch of Return to Dragon Island is also coming at the same time as the School of Dragons 2.0 update, which will bring the game fully up to date with the major plot points from the How to Train Your Dragon movie series! This MMORPG for kids just got a whole lot better!