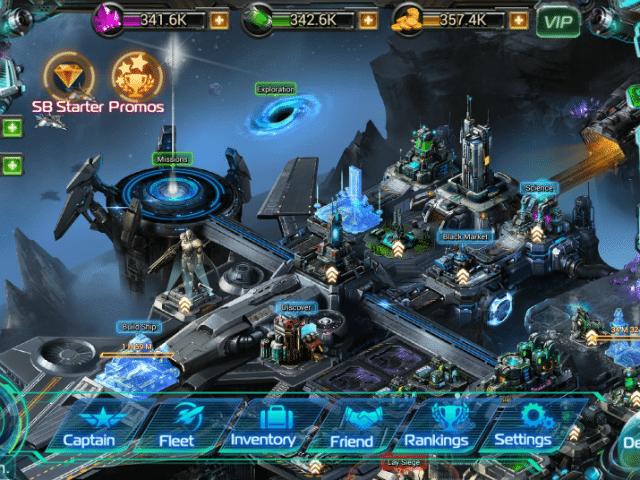 Galaxy Online 3, the latest installment of the popular MMO “Galaxy” series, has just been released today. I Got Games (IGG) released the full version of the game not only for web browsers, but for the Android platform as well. They also announced plans to release it for iOS in the coming months.

In addition to fixing several bugs, the version release also introduced updated graphics, the ability to custom design ships, and the option to allow friends to assist with construction of fleets.

IGG also announced that they plan to introduce Resource Wars, where players team up and battle to control resource points for total domination. Players will also be able to further customize their expertise skills, allowing for better optimization for Captains.

Galaxy Online 3 is an online MMO game where you compete as a Commander in the Galactic Federation. You can control colonized planets, amass a fleet of starships and compete with other Commanders for higher rankings within the Federation’s High Council.

Key features of the game include recruiting Captains to manage your custom built fleet, hunting down space pirates for bounty such as secret tech designs that can advance your armada, and battling against other Commanders for resources and domination in daily league matches and weekly championships.

You can download “Galaxy Online 3” on the Google Play store.