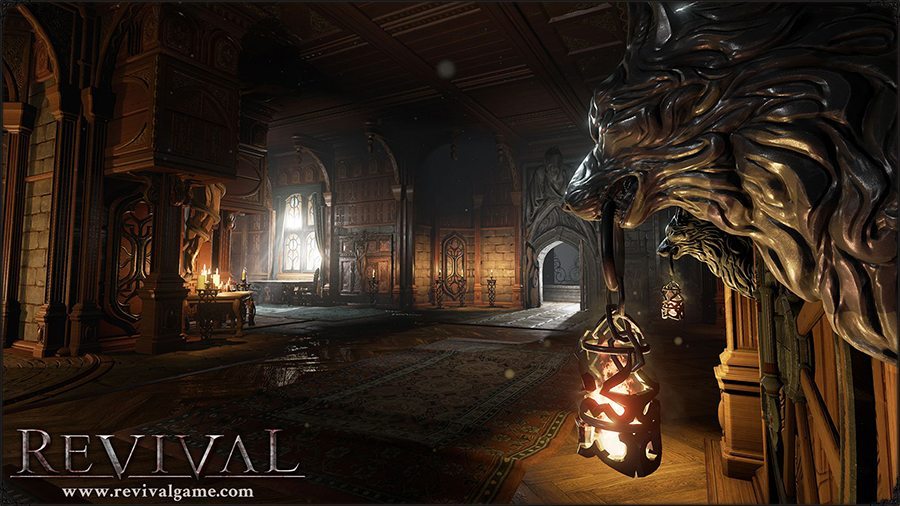 At the end of this month, indie developer Illfonic will unleash their latest horror RPG creation, Revival. They announced today that the release will come in six phases, the first of which to begin at the end of February. Revival is going to be an open world, sandbox style game where players explore and battle each other in a dynamic, ever-changing virtual reality.

The makers of Revival wish to create a truly immersive experience, changing content and storylines depending on the actions of the players. Illfonic promises to have a dedicated team of developers altering storylines and gameplay as players make choices affecting the world. Combining horror and fantasy, Revival is a moody, creepy world unlike anything you’ve ever seen. Because of the complexity of the project, Illfonic is phasing it into life by first allowing players to explore and update the houses in which they will live for the duration of the game. This will also allow players to prepare themselves for the limitless adventures that await them.

Although dates are not yet set for the next phases, a list of the stages in which Revival will be released is on the official website. Once players have customized their housing, they will be able to explore the entire city of Crown’s Rock and the surrounding wilderness. Subsequently the evolving and interactive storyline will come next, followed by a dynamic story engine where player’s actions will have in-game consequences.

To find out more about the game and it’s multi-stage release, as well as sign up to play, visit www.revivalgame.com