Hero Powers: The Future of Hearthstone 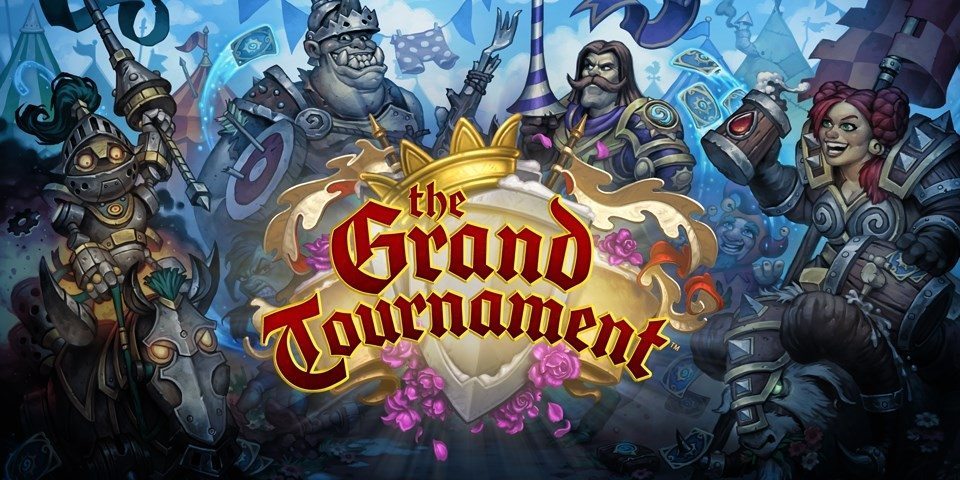 Blizzard has just announced the newest expansion for Hearthstone: Heroes of Warcraft titled The Grand Tournament. While only a few of the 132 new cards in this set have been spoiled so far, its clear that this expansion will have its own theme. This is typical of Blizzard in their expansions to Hearthstone, the Naxxramas Adventure had a heavy Deathrattle influenced theme to it, and Goblins vs Gnomes obviously had a mech theme across the board. It appears the central idea to The Grand Tournament is going to revolve around Hero Powers! Here is just a taste of what we have seen so far!

Inspire is a new ability to the Hearthstone world, triggering whenever a player activates their Hero Power. This is the first completely new mechanic added to the Hearthstone universe, and is a great sign of things to come. Showing that Blizzard will continue to innovate and add new mechanics to Hearthstone to keep the meta from becoming stale. Here is a quick look at the revealed cards we have seen with the new Inspire mechanic. 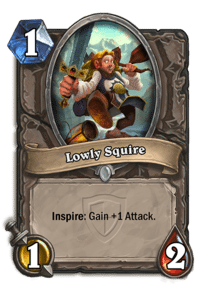 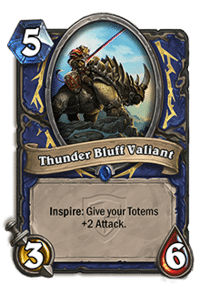 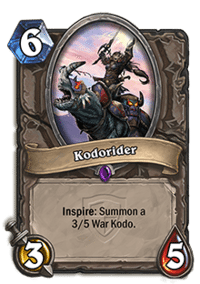 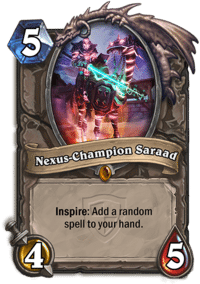 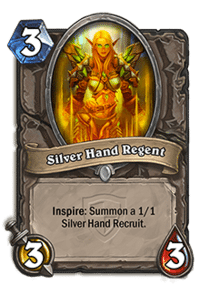 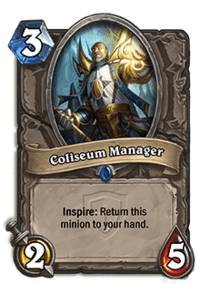 In addition to the Inspire mechanic, Blizzard is putting even further emphasis on the Hero Power mechanic in The Grand Tournament. We have already seen two early examples of Legendary cards revolving around Hero Powers.

The first Legendary we have seen is Wilfred Fizzlebang – a new Warlock Class Legendary. 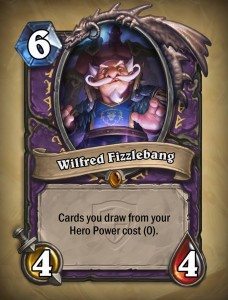 At just a 4/4 for 6 mana, Wilfred isnt the best body in the game by a long shot. But his ability is undeniably powerful. Turning cards drawn from your Hero Power into a 0 mana cost is a dream come true for Warlocks. It can allow for Zoo and other aggro varieties to get that extra bit of reaching power they need, or in his more likely home turn some of the bombs in Handlock variants such as Mal’Ganis, Jaraxxus, Molten Giant, or Mountain Giant into no cost drops! Hitting even a single one of those draws with Wilfred is enough to entirely change the flow of a game! 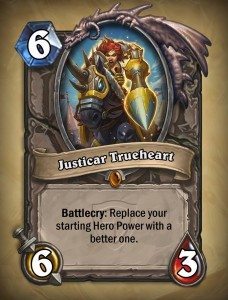 Now you may be asking yourself what does a “better Hero Power” mean? Luckily Blizzard knows what we want and has already delivered these revamped Hero Powers for us. You can check them out here!

These new and improved Hero Powers are absolutely insane! Keeping Justicar Trueheart on the board for even a few turns could completely overwhelm your opponent with ease. Combine these better Hero Powers with the new Inspire Mechanic, and even more synergy Blizzard is sure to release soon and we can guarantee that The Grand Tournament will be making some extreme shifts to the current Hearthstone meta.

As for what kind of shifts in the meta you can expect, it’s honestly too early to tell. Not enough of the new 132 cards have been revealed yet to adequately assess what changes will happen. However based on what we have seen so far some predictions can be made. Obviously Inspire and Hero Powers will be a big shift in the meta in the coming months. Looking at some of the cards revealed so far, we here at MMOSpotlight really expect some Ramp style Aggro decks, that take advantage of the Inspire mechanic, to come into play heavily. We also expect a large increase to Midrange decks, with cards that can easily exceed their own value over and over again if kept alive through the use of Hero Powers, Midrange looks to be in a prime position to make a major splash in the meta! What do you think is going to happen? What will be the strongest class in The Grand Tournament? How will the meta shift? What decks will rise to the top? Share your thoughts and comments with us here

Hero Powers: The Future of Hearthstone