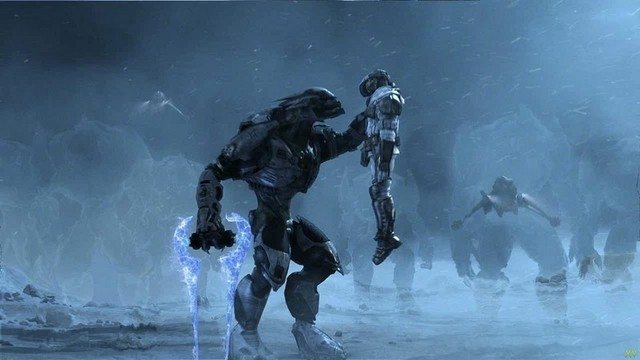 As news from the Xbox Gamescom press conference held earlier this morning continues to trickle in we receive an exciting glimpse on what the future holds for Xbox fans. One such announcement is Halo Wars 2. The original Halo Wars was released back in 2009 by Ensemble Studios which shut down shortly after the game’s completion laying out a relatively bleak future for any sequels to the title. Despite the game’s success on console at the time, it was never released for PC although seemingly appearing to be an adequate fit.

It appears that someone else has also recognized the potential of Halo Wars. Creative Assemble, the team that has become most notable for it’s Total War franchise will be taking the lead in developing the sequel, Halo Wars 2 which is set to release during the fall of 2016.

In an Announcement Teaser trailer for the sequel, a dreary sequence is laid out for us where we see a pair of marines dragging one of their wounded comrades behind them while he lays down a barrage of cover fire as the team makes their retreat. The gruesome mug of a Brute commander comes into view as he ignites his gravity hammer and the rest.. well it’s left up to the imagination.  Check out the video below for yourself!