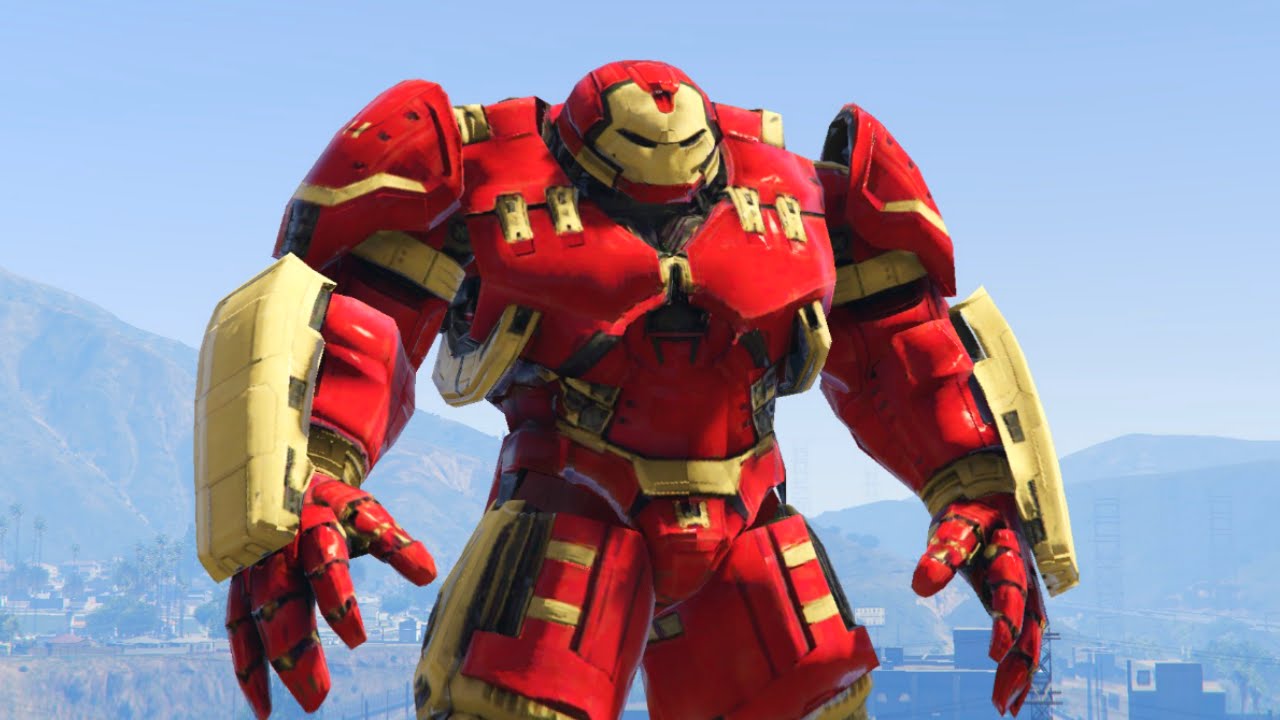 The GTA 5 PC modding community continues to bring quality content to the table. This time they have set the bar high with the Iron Man Hulkbuster armour. Parade down the streets of Los Santos sporting your Crimson and Gold while giving the LSPD the firefight of their lives! We first saw the traditional Iron Man mod appear back  in GTA 4 so it’s only natural that GTA 5 would demand a bigger and badder Stark-Industries destruction machine.

The Hulkbuster mod is the work of GTA PC modder JulioNIB, who was also responsible for the first Iron Man mod. The suit is basically a walking tank, though it is a little smaller than the Hulk Buster suit that was featured in the Avengers: Age of Ultron, due to the technical limitations of the game. The mod enables the user to fly around the city while simultaneously launching showers of missiles into oncoming traffic and other various targets like the previous Iron man mod. But  with the Hulk Buster mod, players can get a little closer to the action by snagging cars and pedestrians off the street and then hurl them into whatever haphazard direction they see fit. The mod also includes a dive bomb feature enabling the user to slam into the pavement sending a shockwave into their targets.