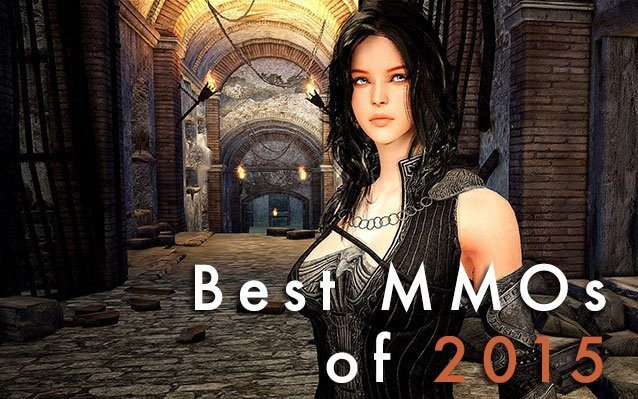 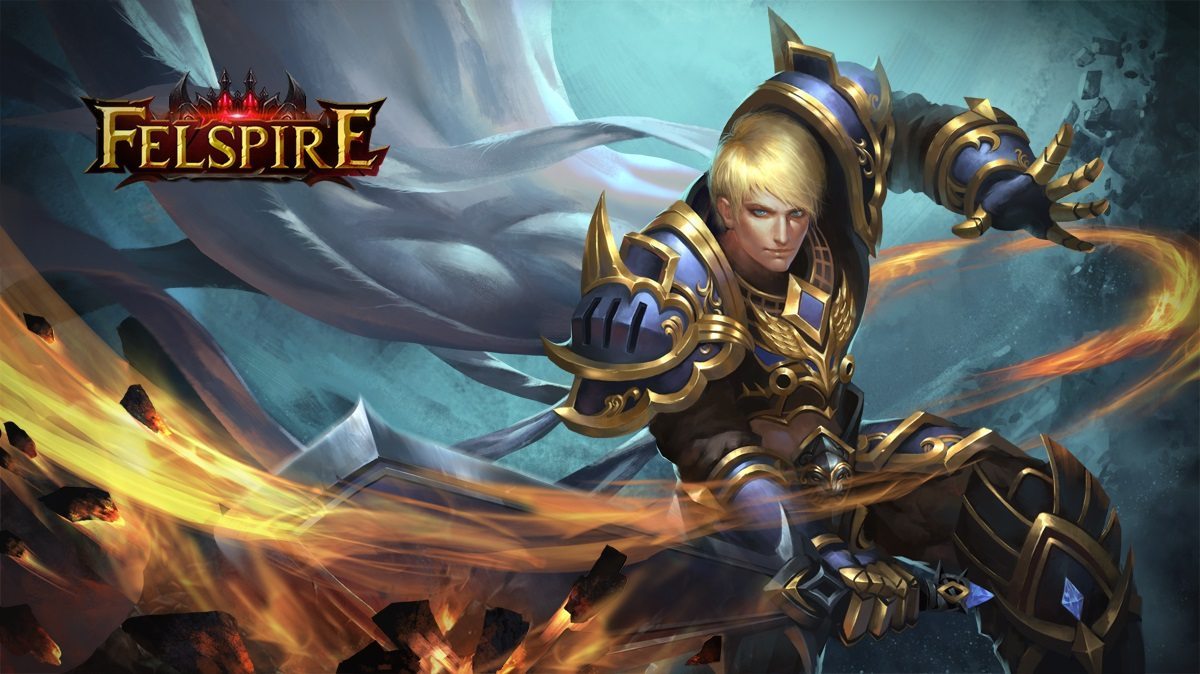 Fellspire  is a free to play fantasy MMORPG by developer 37Games. The stage of the game takes place in a world known as Eremos, home of the mysterious Felspire which has become a source of much debate and conflict among the locals as well as foreigners. There are some in Eremos who believe that the spire is a portal from the underworld which leads directly into the world of men. Some even wish to seize Felspire for themselves in order to use it for their own sinister purposes.

Players will have the option to select between 3 classes while playing Felspire: Mage, Warrior, and Archers. Similar to other standard MMORPG browser games, Felspires combat and motions systems can be fully automated. However, players are granted the option to manually control their own character during battle in order to specifically select which skills will be used. Questing is fast pace and the game utilizes an enhanced auto combat system which removes the need for rigorously slow character progressions. As the storyline in Felspire progresses forward, players will have the opportunity to unlock new in-game features such as PVP, Guilds, Daily Quest, and more.

Nords: Heroes of the North 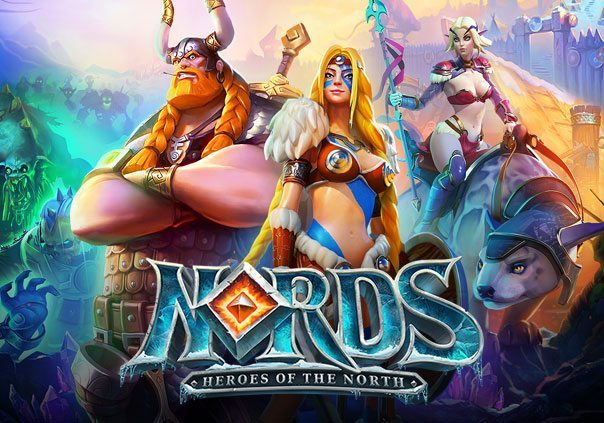 Enter the lands of Shingard for this free to play browser  MMORTS. Shingard is a world of rugged ice fields and forest packed landscapes not fit for the faint of heart. A dark and formidable force has awoken in the land known as the Ice Queen and her undead Cold Legion has arisen with her.  Nords: Heroes of the North places players in the shoes of a Hero who’s soul purpose is to defend their lands using precise tactics and strategy.

At its core, Nords is a combat driven strategy game allowing players to face off against AI controlled Cold Legion or a fellow competitor player as each attempts to ransack one another’s strongholds to assert dominance and gain rewards. As is customary in any standard RTS, players will have to collect resources, construct new buildings, unlock Bbood Pacts, and create their own army to defend against enemies and attack other rival players. 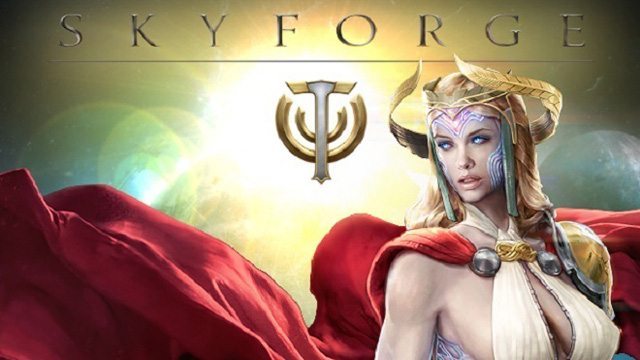 Step into the shoes of a true Immortal in Skyforge, A free to play MMORPG. Players will possess godlike powers to defend the world against the invading forces of evil that wish to claim the lands and its people for themselves. Developers Allods Team and Obsidian Entertainment have teamed up together to bring you this Sci-fi/ Fantasy MMORPG.

Players will have the opportunity to select between  15 class types to choose from when playing Skyforge. Combat is action-based with many cinematic elements added in such as exaggerated attack combos, massive weapons, and inhuman athletic maneuvers that only a true demigod could execute. Players will be able to use their mouse and keyboard to execute attacks and each attack type will vary depending on which sequence the buttons were pressed. Skyforge includes a rich element of personal customisation options to choose from for each character as well as the ability to create specific templates per character to help build and define their role as well as gameplay. 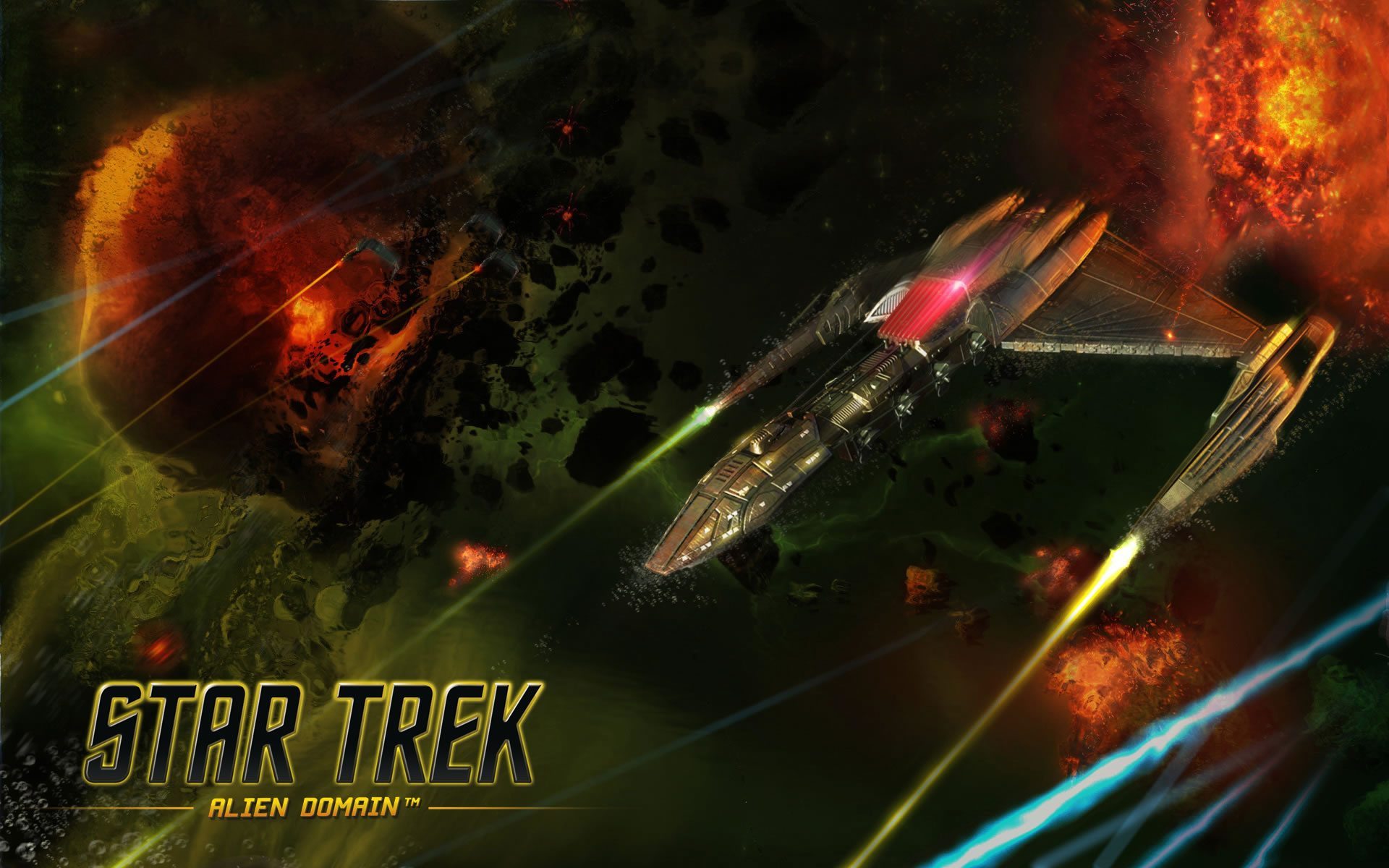 Star Trek: Alien Domain  is a browser- based MMO strategy game set in the depths of the vast Star Trek universe. Players have been trapped in fluidic space and must build a home base in order to survive the onslaught of alien -attacks. The option to select between the Federation as well as the Klingon Empire will be granted to players during the beginning of the game. Depending on which faction is choses, a unique set of ships and officers will become available as you combat Species 8472 and more.

Star Trek: Alien Domain is an officially licensed 2D strategy MMO for internet browser. In order to survive Fluidic space, players must ally with one faction and then begin generating resources in order to construct ships and research upgrades. Players will also have command over their own fleet in order to explore space with the ability to upgrade equippable weapons and skills that will come in use during heated combat while in PVP and PVE modes. Players will also have the ability to colonize barren planets in addition to other players outposts. 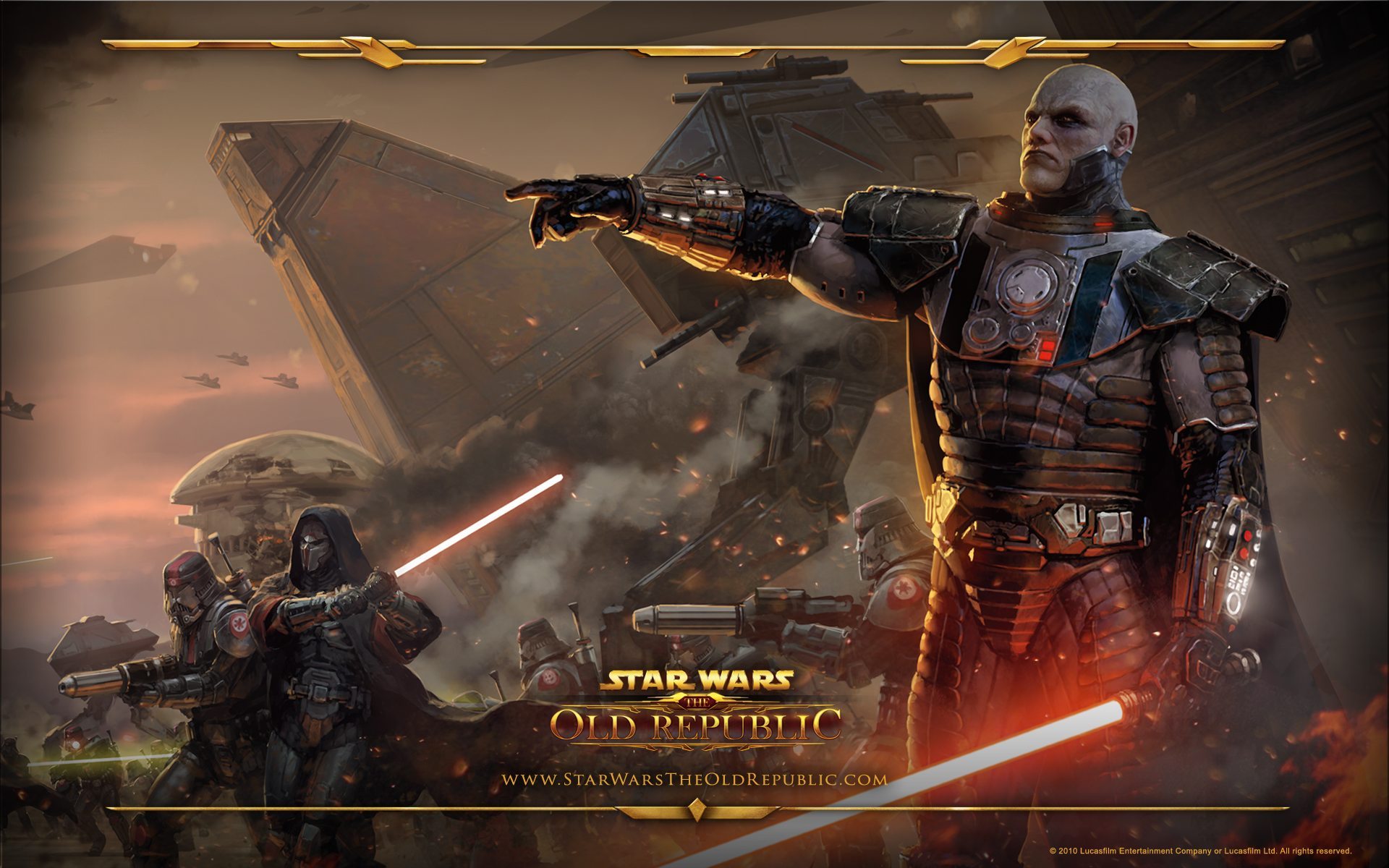 Immerse yourself in the world of Star Wars in this now Free to Play sci-fi MMORPG brought to you by BIoWare. Set one thousand years before the story told in the movies, players have the option to choose between the Galactic Republic or the Sith Empire as a time of long-standing peace begins to erode throughout the galaxy.

Players  will have the choice between the two factions: Sith or The Republic. The game starts with an intense cinematic, and then continues on to character creation. Players can take on the role of many notable Star Wars classes such as a Jedi Knight, Smuggler, Sith Warrior, and Bounty Hunter. The choices of each player will greatly determine which path of the force the player will go down. 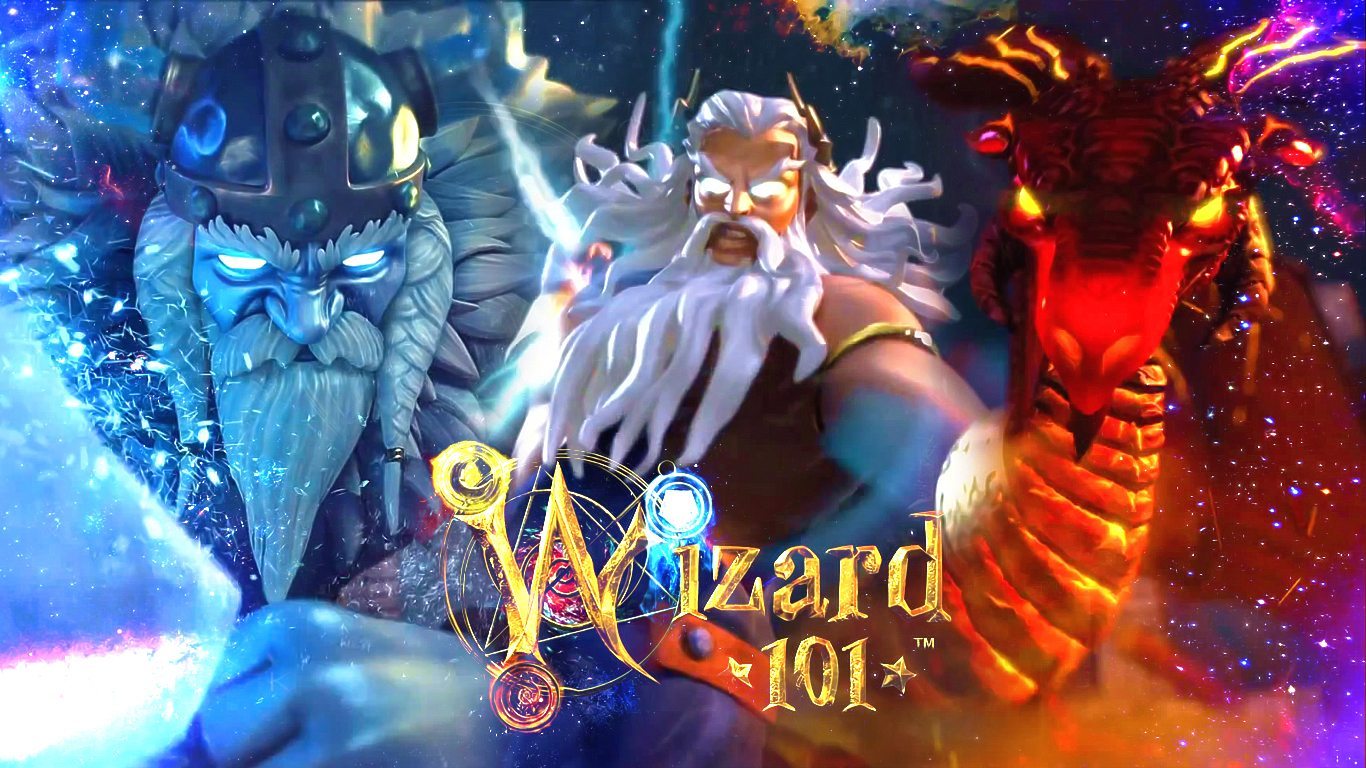 Wizard101 is an MMORPG brought to you by Kingsisle Entertainment where players take on the role of students of Witchcraft and Wizardry to combat the forces of evil. Players must defend the Spiral world and combat enemies using spells and other hexes.

Wizard101 is a turn-based  combat style game divided up into twelve worlds, each containing multiple areas. Players have the ability to unlock these areas temporarily with memberships or they can unlock these areas permanently using “Crowns” aka the in-game currency. Each player must select a school once they begin the game: Storm, Fire, Death, Life, and Myth. Players will then be pitted against one another in duels consisting of two teams up to four players or AI enemies to take turn casting spells. Whichever team is the last standing is the victor!

Age of Conan: Unchained is a free to play 3D fantasy MMORPG based on the world and works of author Robert E Howard. Players enter the vast lands of Hyboria with friends and enemies to explore the dark and vicious world of King Conan.

Age of Conan: Unchained promotes a high level of character customization. Each player will select one of 12 classes including Bear Shaman, Ranger, Assassin, and many more. These classes are set up across four separate archetypes: Mages, Priests, Rogues, and Soldiers.  The combat system allows players to take an active role in battle where you will have the ability to control each swing of your weapon. And dont forget Mounted- Combat! Players will have the luxury of riding into battle atop deadly war rhinos and mighty mammoth!