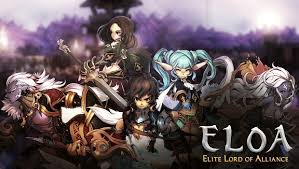 Fans of the popular anime MMORPG game Elite Lords of Alliance (ELOA) can now access a new PvP feature, just released on February 3rd. Players that are above level 40 can participate in a new 12v12 Arena, called the “Honor Arena”.

This has many features that are similar to other MOBA games. “Honor Arena” has players try to defeat the enemies guard and base for gold and bounty prizes. It should also be noted that the gameplay is available at 8pm each day.

For the uninitiated, Elite Lord of Alliance is an anime style, PC based MMORPG that focuses on dazzling graphics and unique characters fighting in intense battles. If you want to find out more, click the link.